Moss & Jones (Ruth Moss and Marc Jones) are a pair of acoustic musicians from Merseyside. Inspired by the narratives of folk and the etherealness of mediaeval music; the humour of the 1890s music hall and the rousing sounds of the 1990s rave, the pair bring a quirky polish and wistful shine to original songs, traditional folk and imaginative covers. 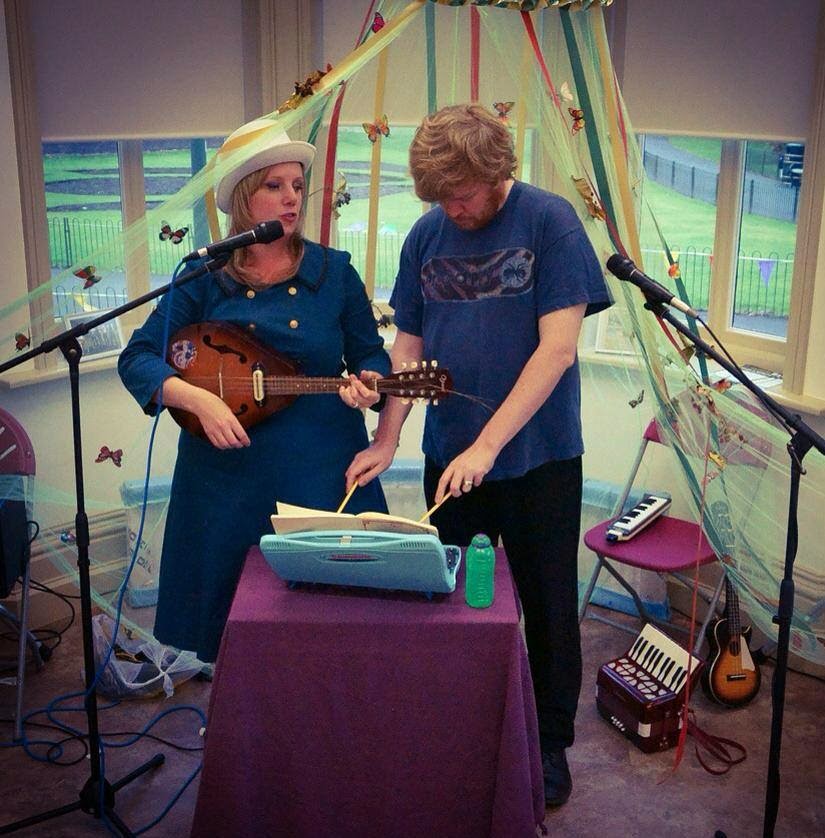 Moss & Jones use a variety of instruments to create their folk-inspired sound, from psaltery to bodhran; from piano to mandolin; from ukulele to violin, and more. They sing melodies, harmonies and melody & counter-melody.

The pair have played in a variety of surroundings; from intimate, unamplified house gigs to outdoor family picnics; from short-and-sweet sets at open mic nights to providing a full afternoon's entertainment to paying punters. They've even played in a bandstand to provide background music for a fire-juggling show.

Ruth and Marc got married (to each other) in one of their favourite gig venues, Liverpool's Bombed Out Church, in September 2014; they played most of the songs themselves.

When the pair aren't arranging, writing, singing or playing music they can often be found introducing Ruth's son to classic Doctor Who. They've even been known to dress up as the TARDIS between them and attend conventions.

You can email them: mossandjones (at) gmail (dot) com.